With a generous Daxihang scholarship from Peking University HSBC Business School, I was able to attend my second academic conference from June 28th through July 1st, 2018. My research with Professor David Ong was accepted at 2018 World Economic Science Association Conference which was held in Berlin, Germany. This conference was the biggest experimental conference held in every four years. The conference was hosted by School of Business and Economics of Humboldt-Universitat zu Berlin from June 28th through July 1st, 2018. 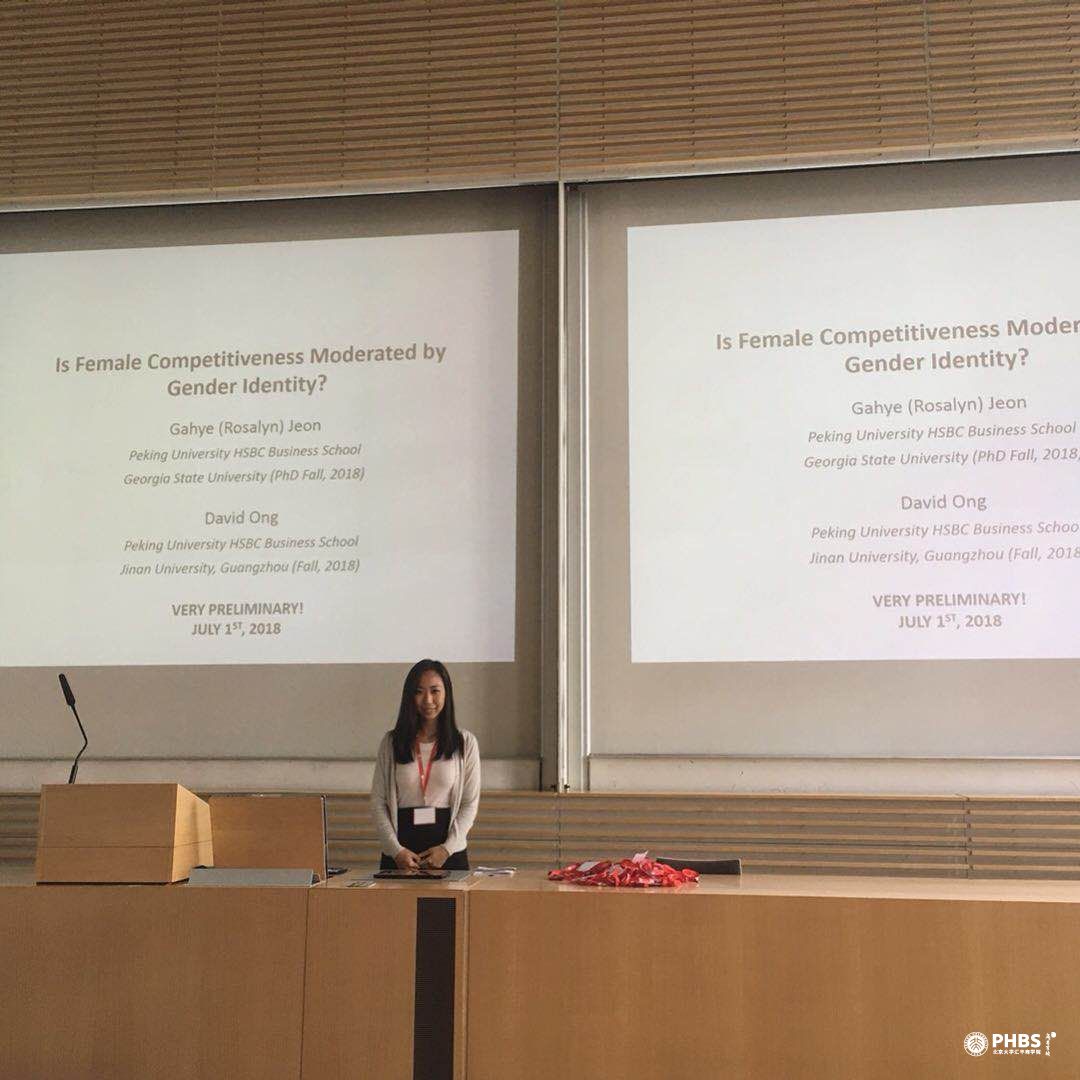 The Economic Science Association (ESA) is a professional organization devoted economics as an observational science, using controlled experiments to learn about economic behavior. Experimental economics uses experimental methods which allow us to control economic institutions, information, policies, and other important variables, both in the laboratory an d in the field. Laboratory techniques also make it possible for us to observe and control variables that would not be observed in the field, such as the preferences of buyers and the costs of sellers in the trading of artificial good. Experiments have provided important information about economic behavior in a variety of sub disciplines of economics including game theory, consumer behavior, industrial organization, public finance, and labor economics. The ESA publishes a journal, Experimental Economics, which publishes high quality papers that use experimental methods to study phenomena that are difficult to observe directly in naturally occurring economic contexts (ESA, 2018).

The keynote speaker of the ESA conference was Bettina Rockenbach (University of Cologne), with a title “Experimental Economics beyond the Lab: Behavioral Insights for a Better World.” There was also a policy panel, “What do Experiments Have to Deliver to Be Relvant for Policy Advice?” led by Johanna Mollerstrom (DIW Berlin), Axel Ockenfels (University of Cologne), Kjetil Bjortvatn (FAIR, NHH Bergen), Monica Schnitzer (LMU Munich), and Andrea M. Schneider (Bundeskanzlermt). Many distinguished experts in the filed participated in this conference, and it was delightful to listen to their talks and have a chance to speak with them about my research.

The title of my research with Professor David Ong was “Is Female Competitiveness Moderated by Gender Identity?”. Women have been robustly found to be less competitive than men in the West. However, overlooked is the possibility that women’s competitiveness may be expressed not only in the labor market but also in finding a more competitive spouse. We surveyed students from Peking Unviersity HSBC Business School for their potential spouse’s income and work hours, following Wiswall and Zafar (2016). Like them, we find that women expect to earn less than men especially at later ages and when they have children. We, moreover, find that women’s expected own hours of work decreases with an increase in spouse’s salary, which we introduced into the survey, their expected number of children alone and when interacted with spouse’s salary, but not their own salary. We use an all-pay auction experiment to derive a measure of competitiveness (the value of winning) with a closed form solution following Chen, Ong and Sheremeta (2015). Women’s expectations of their spouse’s income increases on their competitiveness, their gender identity and the interaction, while their expectations about own income does not. Our findings suggest an important endogeneity issue in prior findings of women’s lower competitiveness.

I presented my research on the last day of the conference in the Gender session. Many experts were present at my talk, and I was able to receive valuable feedback that helps me improve the paper. I am thankful that PHBS provided me with the financial support which translated into a priceless opportunity and experience which will advance my academic career in the field of experimental economics. After graduating PHBS with a master’s degree in Economics, I will be joining Ph.D. program at Georgia State University with Andrew Young Fellowship. I am thrilled to have been a part of PHBS community and have received an ample support from the school.